A top ten finish in the final race of the 2015 British GT Championship saw the University of Bolton climb to 12th in the championship rankings.

In the concluding race of the season, held at the famous Donington race course, drivers Anna Walewska and Rob Garofall finished ninth in the GT4 class.

A run of good performances, finishing in the top ten for the last three races of the season, saw the team climb up the table, with positive expectation for next season.

The strong run of results also meant that the pair, who are new to British GT, finished in the top ten of the ProAm drivers’ championship.

Despite a strong practice at the Leicestershire course, the team were hampered by a red flag in qualifying later that day.

Anna, the amateur driver, was denied her flying lap in the initial run before the red flag and after the restart a competitor’s spin meant her attempt was again cut short.

The team subsequently started from 14th position on the grid, but Anna was able to make steady progress during the race.

She negotiated her way up the field to seventh position before handing over to professional Rob Garofall who crossed the line in ninth. 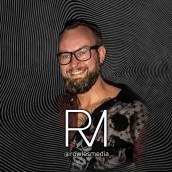